A long time ago (actually in Dec 2008), I wrote about Nikoi Island, a private island near to Indonesia that we can go easily from Singapore.

Recently New York Times wrote about this island and I thought I would share it. Hopefully one day I can be there and share real photos and real stories 🙂

Where Isolation Is a Perk, and the Point

On Nikoi Island, there are limited activities for guests besides lying by the pool, but that hasn’t interfered with its popularity. Its handful of villas are consistently booked.

LAST May, on the tiny tropical resort island of Nikoi, Peter Timmer sat at an open-air, thatched-roof bar, holding an icy cocktail glass. It was a perfect day in paradise: clear sky, turquoise water as far as the eye could see, and a warm, salty breeze. With the leathery skin of a lifelong sailor and a mellow grin, he was a Robinson Crusoe-esque character who didn’t want to be rescued.

That’s because he has figured out how to make a good living from being lost in the remote tropics. Nikoi is one of several uninhabited Indonesian islands that the American expat has helped develop in the Riau and Anambas archipelagos in the South China Sea. (The Anambas archipelago alone consists of more than 200 islands, of which only a few are inhabited.)

About 50 miles from Singapore, yet a world away, Nikoi — encircled by palm trees and soft white sand — is the kind of tropical fantasy that burned-out managers keep a photograph of for their screen savers. The only signs of human habitation on the island’s less than 40 acres are some bohemian-chic beach villas with alang-alang grass roofs, a seamless pool set among granite boulders, a beach bar and two open-air dining rooms with sand floors.

The two-story beachfront villas, fashioned of glossy local timber and twisted driftwood, offer the basics, but it’s all you need: king-size beds draped with mosquito netting, sand-colored couches and lounge chairs, and sleek stone bathrooms. The restaurant serves up simple but delicious meals, like freshly caught fish with vegetables.

Mr. Timmer gives much of the credit to Andrew Dixon, the resort’s founding partner. “Basically, Nikoi is the start of a kind of Maldives-style destination accessible from Singapore,” he explained. “It’s Andrew’s vision.” It was Mr. Dixon who saw that there were very few places close to Singapore “that weren’t either flea-ridden shacks or garish marble- and crystal-chandelier-decorated luxury hotels.”

Up next for Mr. Dixon and his other partners: Bawah Islands, a chain of five tiny, uninhabited islands 150 nautical miles northeast of Singapore, which they started to develop early this year.

Mr. Timmer can afford to have a cocktail on the job. Despite the economy and the fact that the partners have relied only on word of mouth and Internet marketing, Nikoi’s original six beach houses, the smallest of which costs $230 a day, have been consistently booked since the resort opened in the spring of 2007. “There’s no recession on Nikoi,” he laughed. To allow for more guests, nine new villas were completed last fall.

From the start, it was assumed that most of the travelers would be from Singapore, so Mr. Dixon was surprised when bookings came from as far away as Europe. “Soon after we opened, a couple came all the way from Greece,” he said. “They stayed on Nikoi a week.”

Nikoi’s success is remarkable for such a remote spot. From Singapore it is a nearly three-hour trip involving a 55-minute ferry voyage to the island of Bintan, an hourlong drive across the island and a 30-minute boat ride to Nikoi. But any travel-induced stress rapidly dissipates the moment the boat rides the waves onto the island’s shores.

So does the Internet connection. There are no televisions or telephones in the room (although movies are screened in one of the dining room bungalows). There is cellphone reception, but wireless Internet is available only near the main office.

In other words, there’s very little to do except lie by the pool, read and drink cocktails. If guests are motivated they can organize a boat trip to another, even more obscure island, or go snorkeling.

When Michael Huvane, an American management consultant, and his wife lived in Singapore, they were so taken with Nikoi that they stayed there four times in less than two years. “Beautiful wood structures, mostly made from driftwood,” he recalled. “Beautiful sand beneath my feet. The blue Indian ocean everywhere. It feels like I am giving my soul and spirit a break, or a cleansing,” he wrote in an e-mail message.

Less remote than Nikoi, the nearby island of Bintan is considered a weekend destination by many Singaporeans, a place to hole up in an expensive luxury resort like the Banyan Tree. But the island actually has an intriguing history of sultans, pirates and colonial trade.

From the 17th to the 19th centuries, Bintan was such an important port (at one time it was the capital of the Sultanate of Johor) that the British considered building a settlement there, decades before they secured Singapore from the Dutch in 1824. About 90 years later, Bintan once again became a Dutch colony. Today Bintan is part of the Republic of Indonesia and home to a population of about 200,000, including descendants of Chinese, Bugis and Malay cultures. There are still communities of Orang Laut (Malay for “sea people”), some of whom live in traditional stilt houses in the fishing village of Berakit on the northeast coast.

On a bright, hot day last May in Bintan’s main port, Tanjung Pinang, along Jalan Plantar Tiga, a narrow street in one of the city’s oldest neighborhoods, locals were taking cover from the sun in shack-like open cafes serving Indonesian and Chinese specialties. Crammed in front were multiple stands tended by robust older women hawking colored rice cakes and other sweets.

Leading toward the water, the lane turned into a pier lined with houses on wooden stilts. Some of these tiny buildings were unpainted and so decrepit that the stilts were rotting and starting to tip; others had a fresh wash of bright color and porches covered with blooming plants.

Near the water’s edge was a red-and- white-tiled Chinese Buddhist temple with a sweeping roof, the entrance guarded by stone dragons. Inside, red paper lanterns hung from the ceiling, and the air was heavy with incense. Despite the exotic surroundings it was difficult to ignore the layers of garbage floating in the water below, marring what was otherwise a historic treasure.

Back at the harbor, small wooden fishing boats painted blue and green bobbed beside the long dock. For about $10, tourists can hire one for the 15-minute trip to the small island of Penyengat, just visible across the bay. Carefully maintained stilted houses come into view as the boat approaches the island. The one-story buildings are dwarfed by a mesmerizing canary-yellow mosque with a green roof.

In 1804, Sultan Mahmud gave the entire island to his bride, Raja Hamidah, as a wedding gift. For a brief period it was an important center of government and Malay culture.

For a small fee, you can hire a motorcycle rickshaw to zip you along the small road (more of a pathway) that zigzags through the island, stopping at palace buildings, an old citadel, a renovated performance hall and the grave of the esteemed Malay scholar Sultan Haji. There were so few — if any — Western tourists here that the island felt like a rare discovery.

But for many, a half-day away from Nikoi is a half-day too much. Whether it’s because the staff is so friendly or because the beach houses soon start to feel like home, island guests become a little possessive about the place.

Or at least about Yogi. His real name is Rudy, but the nickname fits. You’ll almost always find the gentle Indonesian working the beach bar. Like some kind of benevolent pirate, he’ll mix up Yogi Coladas for the adults and then organize a treasure hunt for their children, or magically transform two palm leaves into a crown and a sword.

Ask to see his pets and he might introduce you to Suzy, his fist-size spider, or coax a monitor lizard from behind a nearby boulder.

“Some of our return guests come back just as much for Yogi as they do for Nikoi itself,” Mr. Dixon said. “We are trying to set up a Facebook page for his fan club.”

Singapore Airlines offers flights to Singapore from J.F.K., with a stopover in Frankfurt, starting about $1,550. One-way ferry tickets from Singapore to Bintan are about 30 Singapore dollars ($22 at 1.34 Singapore dollars to the U.S. dollar) through Bintan Resort Ferries.

Rates for a one-bedroom beach house at Nikoi (65-96-35-1950; nikoi.com) start at 330 Singapore dollars a night. Meals, which might include a fresh salad and shrimp pasta made almost entirely from local ingredients, are an additional 80 Singapore dollars per day for adults for three meals.

Round-trip transfer from the Bintan Ferry Terminal to Nikoi is about 70 Singapore dollars per person.

If Nikoi is beyond your budget, a less-expensive option is the eco-resort Loola (65-6764-6496; loola.net), 95 Singapore dollars per night) on Bintan, with its rustic bungalows on stilts over the water. 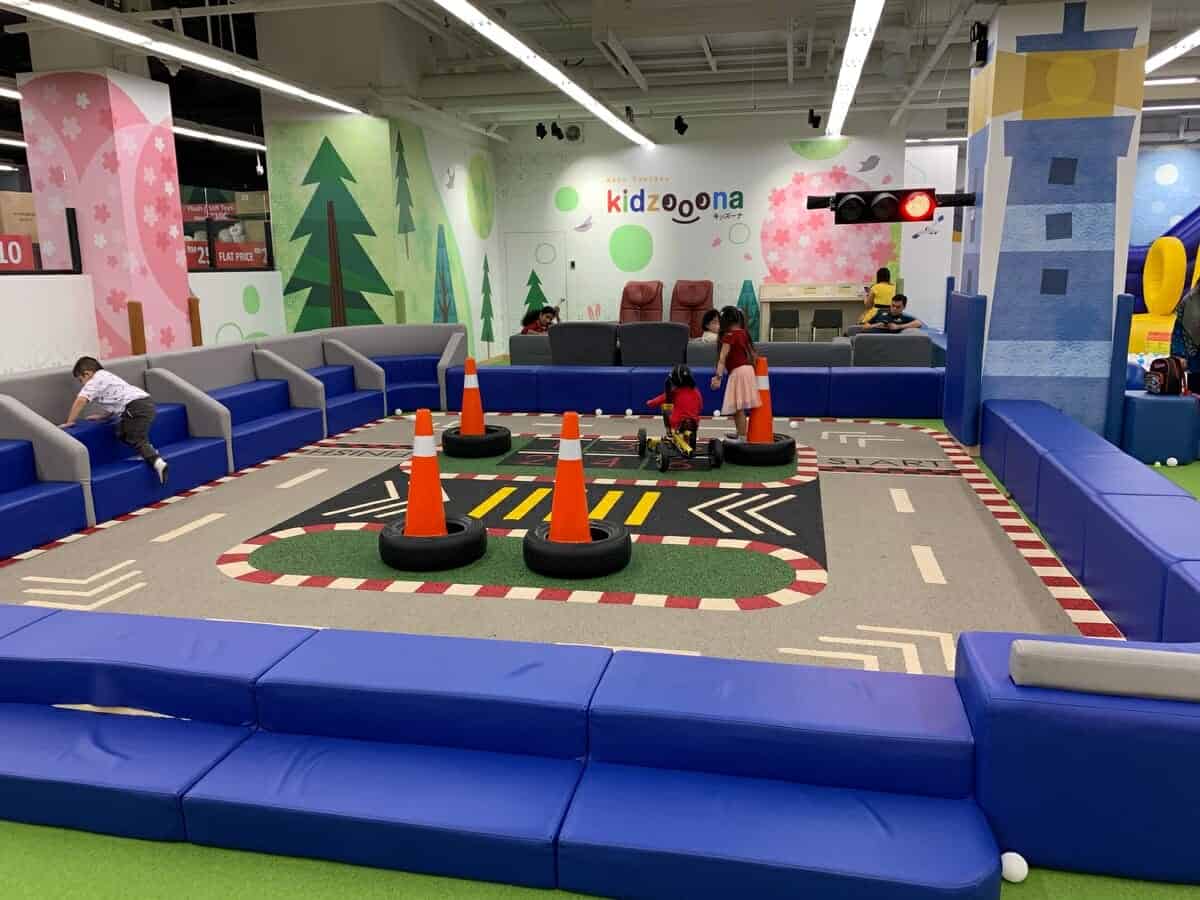