I visited Erawan Shrine in Bangkok for the first time in November 2004. That’s 5 years ago. Last week, I finally got a chance to go back to Bangkok. I actually cannot remember what wishes I made on my visit 5 years ago but I guessed it cannot be much difference from today.

So I thanked the god for the everything and hope for my best wishes to be fulfilled.

The Erawan shrine is located by the Grand Hyatt Erawan Hotel, at the Ratchaprasong intersection of Ratchadamri Road.

If you read information about the Erawan Shrine, you will read that in the early hours of 21 March 2006, the shrine was vandalised by a Thai man believed to be mentally ill. The new Brahma statue was completed and placed in the shrine on 21 May 2006 at 11:39 a.m., the time the sun was shining directly above the shrine.

In 2004, I took photos of the Shrine and last week, I also took some photos. 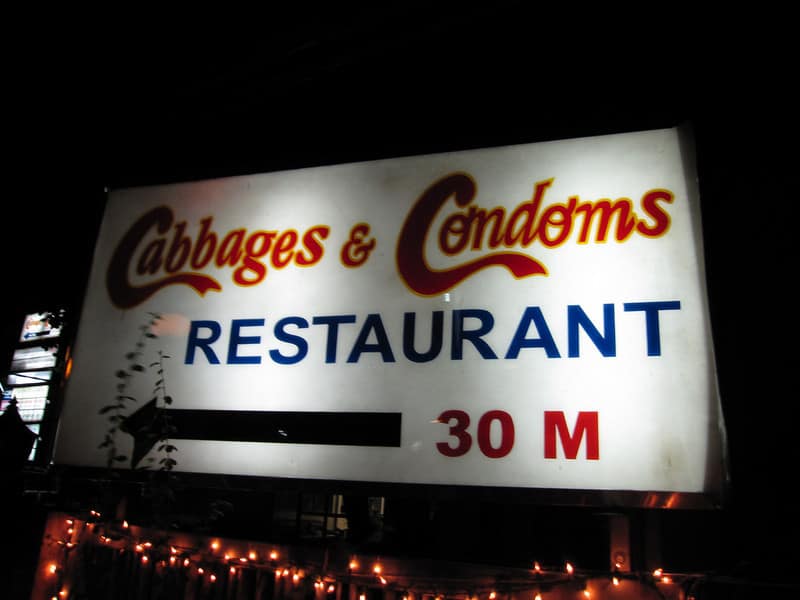 Restaurant Full of Condoms : Cabbages and Condoms in Bangkok